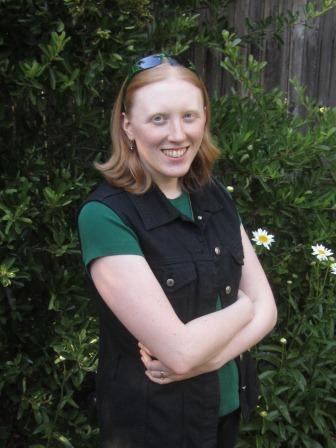 Tell us a little about THE NECROMOUSER.
THE NECROMOUSER is the story of a tabby cat with the techno-mystical ability to raise mice from the dead.  He also has a hunger for his owner's orchids.  It was originally published in The Nautilus Engine in 2008.  Since then, it's been reprinted in the Anthropomorphic Dreams Podcast, Zombiefied! An Anthology of All Things Zombie, and the Denali Literary Arts Magazine.

Which came first, the title, or the story idea?
As is usually the case for me, the story came first.

How many times did you change the title before you settled on THE NECROMOUSER?
Actually, I had a lot of trouble with the title for this story.  So, I sent the following email to a few friends:

Now that you've all read my new story, you are qualified to help me determine the best title for it.

A)  THE TINY ORCHID THIEF

D)  [Insert Your Own Suggestion Here]

As a gift for taking part in the poll you will each receive a poem (a very short, free-form one) on the subject of the story, to be composed by me during no more than a five minute span, upon your completion of this poll.  (Oh dear, what am I signing myself up for?)

As a final bonus, if you come up with a good suggestion for a different title, I will insert a rhyme somewhere in your poem.

People were split between (B) and (C), so I sort of combined them.  All in all, I had to write three poems, no rhymes; I call them "THE NECROMOUSER CYCLE":

I bring you a dead mouse,

Make me a necromancer!

Be my lightning machine,

Resurrect this poem many times,

In your eyes and mind.

So this poem isn't true.

As a reader, does a good title make a difference to you?
No.  I generally choose to read books on the basis of recommendations from friends, so a good title doesn't help grab my interest.  And, once I'm reading the book, I'm likely to have trouble remembering the title anyway.  This is why I keep a list of all the books I've read.  Otherwise, I'll forget the titles and won't be able to find them again.

What’s your current WIP?
The main one is Otters in Space 2:  Jupiter, Deadly!  And, yes, the exclamation mark is part of the title.  I'm also working on NAWRY THE NOODLEBEAST; XENO-NATIVITY; SHREDDY AND THE TENTACLE MONSTER and SHREDDY AND THE SILVER EGG - Those last two are both sequels of "THE NECROMOUSER."

Are you a pantser or an outliner?
I have an end in mind when I start writing and an overall sense of the arc.  If it's a really short piece -- say, a piece of flash fiction -- then, I'll probably have every detail worked out in my head.  For a novel, my vision will be much, much murkier.

What are your long term goals as a writer?
I plan to spend the rest of my life writing fiction.  Hopefully, along the way, I'll end up with a massively popular series of novels and at least a handful of short stories that are profoundly deep and meaningful.  Regardless, though, I plan to continue illuminating and expanding the multi-verse inside of my brain for as long as I possibly can.

Tell us about your very first sale.
The transient nature of memory fascinates me.  So, I wrote a story called "FORGET ME NOT" about a man addicted to a memory drug.  When I told my mom what I was working on, her immediate response was that it sounded like a movie she'd just seen a trailer for -- The Eternal Sunshine of the Spotless Mind.  I was crestfallen, because I knew that would make it harder to sell my story.  Fortunately, an anthology picked it up anyway, and, recently, I've read about some scientific research that shows the science in FORGET ME NOT is much, much closer to reality than I expected.  It's pretty exciting, and it makes me feel like one of those classic, serious sci-fi writers like Arthur C. Clarke and Isaac Asimov -- predicting the future with my fiction!

What’s the best piece of writing advice you’ve ever heard?
You know, for general advice, Heinlein's rules are quite good:

2.  You must finish what you write.

3.  You must refrain from rewriting, except to editorial order.

4.  You must put the work on the market.

5.  You must keep it on the market until it is sold.

I wrote those out with a blue highlighter after college when I started writing fiction seriously and hung it over my computer.  It hasn't survived the last several moves, but I think I have the rules fairly well internalized by now.

What’s the worst?
I've either never received bad advice about writing ever, which is somewhat unlikely, or, more likely, I simply haven't bothered to remember it.

What was the last story/novel you read?
"The Paper Menagerie" by Ken Liu -- my critique group was reading through the Nebula nominated short stories from last year and discussing them.  We ended with the actual winner, and it was a fantastic piece.

Do you belong to a writing/critique group?
I'm a co-chair of the Wordos.  I'd heard about the Wordos for years before moving to Eugene, Oregon.  Honestly, I might never have joined a critique group if I hadn't ended up living in Eugene, but I couldn't live that close to the Wordos and not join.  It's an absolutely stellar group, and I've learned tons from being in it.

Where can readers find your work?
My novel, Otters In Space, is available at Amazon and FurPlanet here. My short stories are scattered around the web, but I keep a list of them, complete with little teaser lines, homemade cover art, and links to everywhere they've been published. 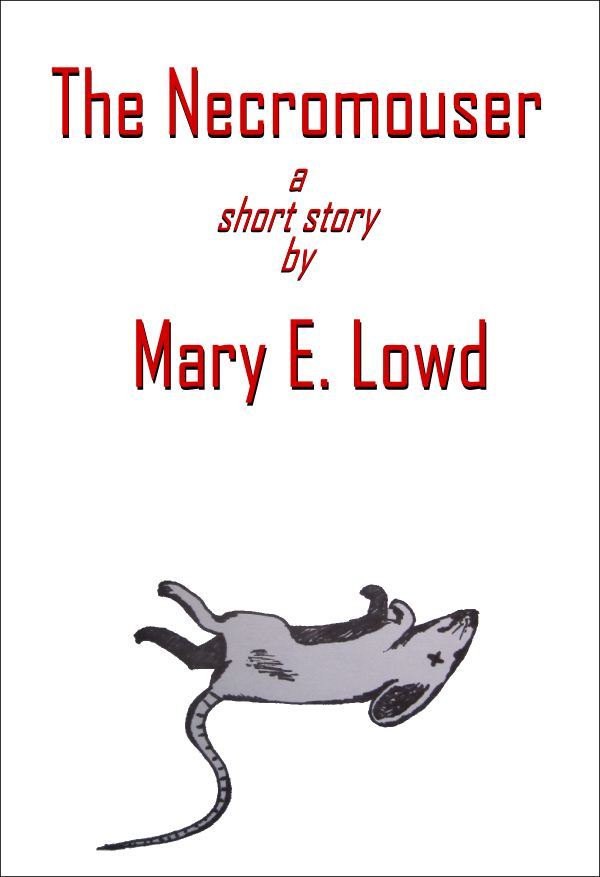 What do you know now, that you wish you'd known when you first started writing?
The furry fandom exists.  This is important because it's an organized group of people who enjoy stories about anthropomorphic animals, and that's the subject I love writing about best.  Sometimes that means space opera with animal-like aliens; sometimes it means YA starring cats and dogs; and sometimes it just means an angry house pet who can raise mice from the dead.  However, knowing there's an audience for that -- and an audience that I can reach, no less -- has been invaluable to me.  It makes me feel less alone.

Is there’s anything I didn’t ask you, that you want to answer anyway?
How many stories have you had published this month?  Four!  And I have another story coming out next week!  It's been a really good month so far.

Who do you think would win in a fight, astronauts or cavemen?
Up to this point in human history, the privilege of leaving Earth is a prize that has had to be won against steep competition.  Thus, the process selects for those who are both fit and intelligent.  As far as I know, there are no such standards for being a caveman.  So, I'd bet on the astronauts. 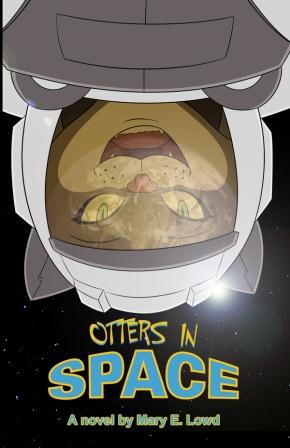 Mary E. Lowd is a science-fiction and furry writer in Eugene, Oregon.  More than thirty of her short stories have been published, and her first novel, Otters In Space, was nominated for an Ursa Major Award. She's a member of SFWA, the Furry Writers' Guild, and co-chair of the Wordos. She lives with her husband, daughter, five cats, and three dogs.